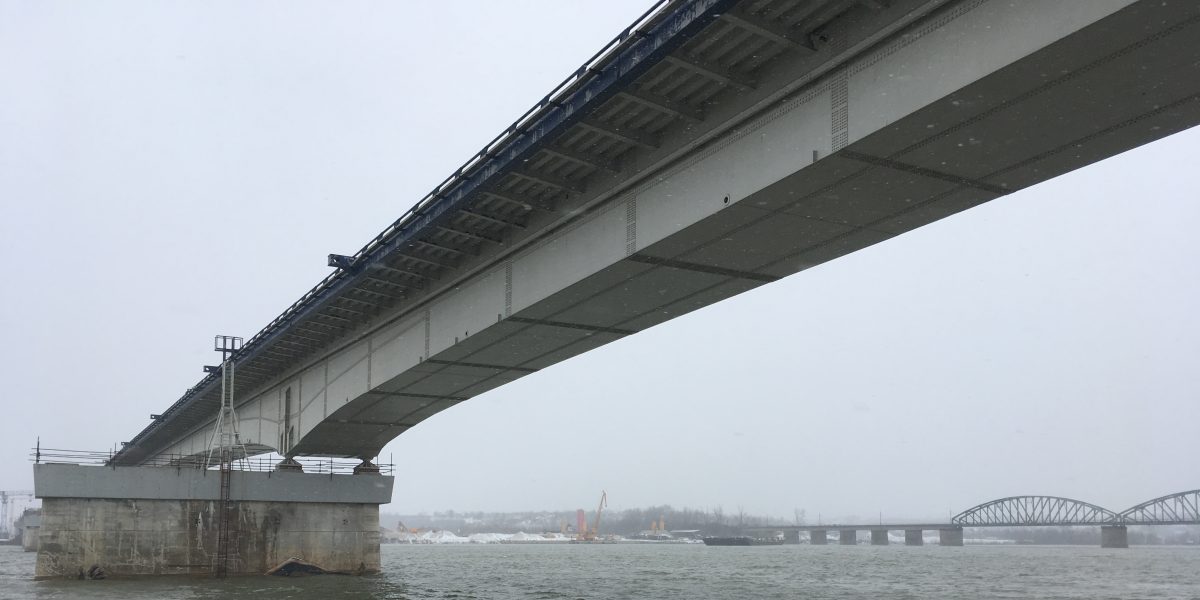 LOT B3.2 – Belgrade Bypass -Construction of the Bridge over Sava River near Ostruznica

General Description of the Bridge Project

Ostruznica Bridge over Sava River is the part of Belgrade Bypass Project. First phase of the bypass, i.e. one lane of the highway has been completed in 1999 and reconstructed in 2003 after demolition NATO bombing in 1999. Second phase is the clone of existing bridge.

Total weight of the main bridge steel structure is 4700t.